Back when I was a boy in school, we got a cat. We had barn cats when I was growing up, but this cat was dropped off down at the woodlot we had recently purchased as a kitten. This was miles down a dirt road, out in the woods. Foxes and other predators around, no shelter aside from what was in nature. The cat survived. My dad started calling her Seven Wonders... because, he said, it's a wonder she survived. And man, did she survive. She hunted mice, chipmunks, squirrels and even rabbits. Yes, rabbits. I watched her take them down, fully grown, at a dead run. They were close to the same size as her. That cat turned into a full fledged badass. Not a strutting around cock of the walk badass. The calm, quiet type who is totally chill as they kill every fucking body in the room. Case in point:

One of our family friends had a dog. Now... Seven Wonders actually had no problem with dogs. Coexisted peacefully... would play with dogs, lie down with them, groom them. Totally chill. As long as they were.

This dog... wasn't. Prince was a German Shepherd dog, who used to (we were told) be a police dog. He hated you. He didn't know you... but he hated you. He loved his owner Don... but everyone else could pretty much fuck right off. He wasn't generally openly aggressive... he just made it clear that you were perfectly fine right over there, thank you very much. Except that day.

Don drove up and got out of the truck, then walked onto the back porch with my dad and I. Prince looked from the truck bed and saw Seven Wonders sitting there next to the barn grooming her paw. He then said "Well... I think I'm gonna go kill that". He came tearing out of the back of the truck, and angry streak of fur, fangs and growling, heading straight for the cat. I had no time to react... nor was I stepping in front of the dog. All I could do was watch as he killed my cat.

Except... Seven Wonders didn't feel like dying that day. Was feeling pretty chill... kinda lazy. Nice and sunny, perfect day to groom her paw and sit there. The dog coming toward her obviously wanted a fight, but she had no desire to fight. So what she did was simply fuck him right up, no fighting involved.

As Prince lunged for her, you can probably imagine her puffing up and hissing, a flurry of claws. Nah... that shit is for amateurs. All she moved was one paw... the one she was grooming... and hooked her (very clean) claws right in the soft spot between his nose and the fur of his muzzle. Not scratched or swiped... hooked. And held....

Prince froze. He went from pissed off vehicle of death and anguish to submissive puppy in the blink of an eye. Not quite satisfied, Seven Wonders decided to not just end this fight, but every fight to come... she turned her paw over, still hooked in his nose, and lay him on his back. She held him there a moment till he whimpered a bit... then let him go. And went back to grooming her paw like he wasn't even there.

Prince got up, turned around, tail between his legs, and got in the back of the pickup. He never bothered the cat again.

That, kids, is what a true badass looks like.
Posted by Unknown at 1:38 PM No comments:

It's been a while... a general Uncle Olaf update.

We have established before that I suck at regular blog updates. Never could keep a journal or calendar updated either. One more of my failings...
So, a blog post to update is in order. I did a couple after I came back from Pennsic, but I am going to run through my year real quick. A lot has happened in the last twelve months. Yes, I know this is basically one of those bullshit year in review blog posts. Cope. 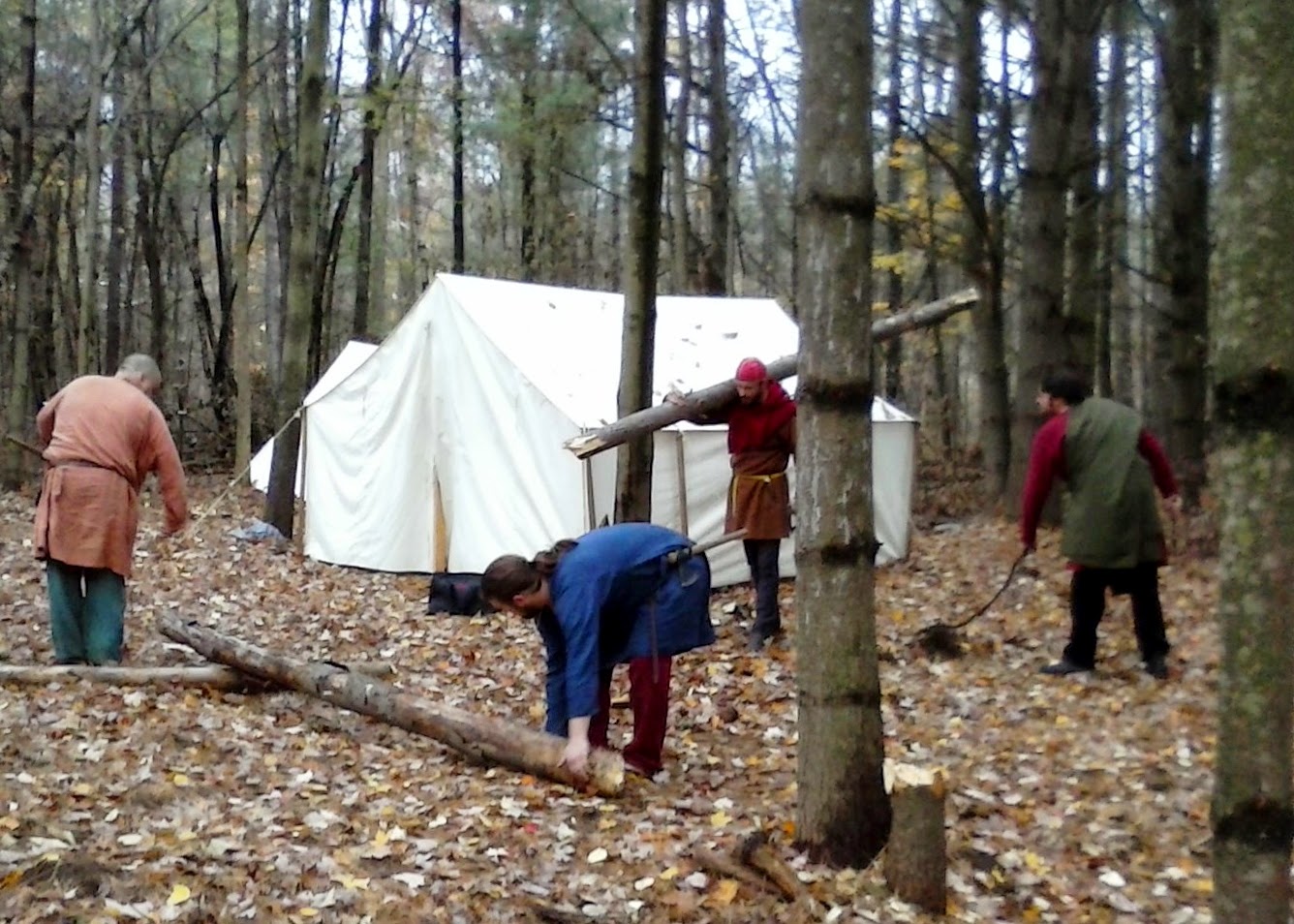 All in all, it's been a good year. Ups and downs, of course... but good. The next year is going to be more big changes, with the baby arriving in February, and we're looking forward to it. My House continues to make me proud, and I can't wait to share the adventure with them.
Posted by Unknown at 9:45 AM No comments: